For most people, Haley's career started with the recording of "Rock Around The Clock" and its unprecedented worldwide success. But they do not realize that the success of this hit (with a big portion of good luck) was mainly the result of a long period of hard work and a just reward for a man who recognized the potential of this musical style and marked it with his name as none other.

William John Clifton Haley jr. was born on 06 July, 1925 in Highland Park, Michigan, and grew up in Booth-Win, Pennsylvania. The Kentucky- born father inspired his son from a very early age to the numerous facets of Country & Western music: hillbilly, yodeling, the singing cowboys, as well as the western swing. Bill first started singing and playing in local villages either as solo performer or together with Cousin Lee's Band, before he went on the road, fired by his enthusiasm to develop his musical career. After numerous radio presentations, he was first heard on a record together with the Down Homers in 1944. Bill returned to Pennsylvania to start working as a disc jockey at the WPWA radio station where he founded his first band, The Four Aces of Western Swing, followed by The Saddlemen. During this period, he recorded his songs at different regional record labels - Cowboy, Center, Arcade, Keystone and Atlantic. His experiences at the radio station and his numerous public performances soon gave Haley a good ear for commercial music and the ability to recognize the demands of his audience.

In the early fifties, Haley and his Saddlemen signed their contract at Dave Miller's Essex Label. Haley continued to fuse his Western Swing together with the black Rhythm & Blues - a mixture that added great amount of success to his performances, and the first commercial hit record, a new version of Jackie Brenston's Rocket 88. 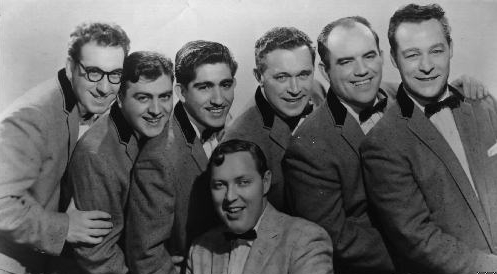 1In 1952, The Saddlemen exchanged their cowboy hats for the legendary red plaid jackets, thus creating their new style - The Comets were born. During the following year, Haley raised his popularity among a fast-growing audience of young people with his composition of Crazy Man Crazy - a song which used the slogans of these teenagers and subsequently became his first nation-wide hit. The biggest American record companies were now interested in signing contracts with Haley, and after checking the offers of Mitch Miller (Columbia) and Steve Sholes (RCA Victor), he struck the deal with DECCA Records. 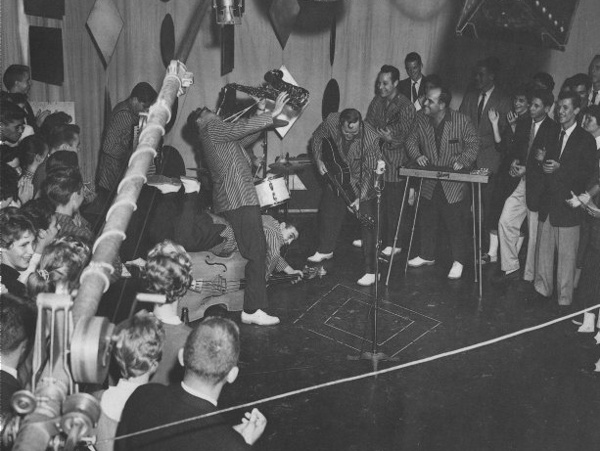 "Rock Around The Clock" was the first release of this union, followed by a cover version of Joe Turner's "Shake, Rattle & Roll". This million- dollar hit prepared the ground for the movie company MGM to select Rock Around The Clock as title track for Richard Brook’s Blackboard Jungle (1955), a movie about the life of school kids in the Bronx. The "Clock"-Song over night became the anthem of the youth movement and the most sold Rock'n'Roll song ever.

Haley's following movies Rock Around The Clock and Don't Knock The Rock as well as his concerts caused riots among American and European audiences - certainly one of the reasons for the older generation condemning Rock'n'Roll toward the end of the fifties, calling it "devil's music", thus becoming completely prohibited in America for a while. 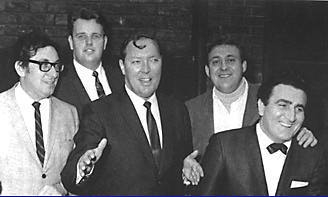 Finally in 1960, Haley switched from DECCA to Warner Bros. and other labels, e.g. Orfeon, Logo, Newtown, United Artists, Kama Sutra and Sonet. All his European tours were very successful right into the late seventies, and also at American Rock'n'Roll revival shows Haley and his Comets were always the act receiving the liveliest response from the audience. Haley celebrated his biggest European success in Great Britain, where Her Majesty Queen Elisabeth II came to one of his concerts during the second tour, letting him know that she was a big fan of his music. Many of Haley's songs stayed in the British Top Thirty for weeks. Bill Haley & His Comets became the first mega stars of a musical style that was strictly aimed at young consumers and became the most important part of the music industry. 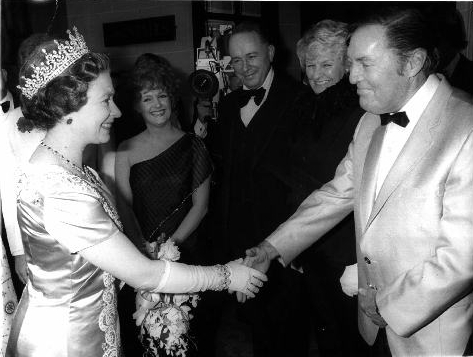 But Bill Haley grew older and weaker and was finally broken by the cancer-death of the legendary sax player and best friend Rudy Pompilli in 1976. Without the support of this great musician, the last tours in 1979 and 1980 could not have been as unencumbered as they were. On 09 February 1981, Bill Haley died of a sudden heart attack at his home in Harlingen, Texas. Shortly before that he had talked to his son on the phone, telling him that he was just tuning his guitar for the next tour… 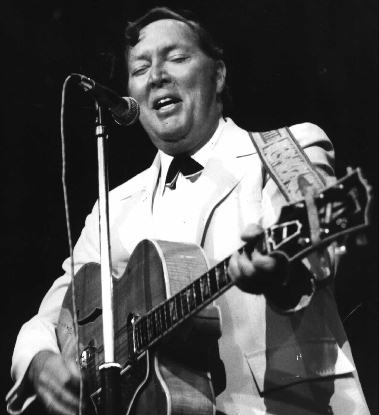 Many rock'n'rollers followed, maybe with better voices and looks. But Bill Haley will always be the first. And there will never be a second one of whom can be said of having such influential importance in terms of the changes in popular music. Undoubtedly, the pioneer of Rock'n'Roll, had his limits - and he knew them. But he was certainly the king of those very things that mattered: the feeling for his audience and the beat of his music.